I NEVER GOT INTO TROUBLE WITH POT

The disease of addiction is a war gamer and the recovering addict is the disease's opponent. There are many dangerous games addiction plays with those new in recovery, and one of the many is "I never got in trouble with [Insert drug name], so maybe I could safely use that."
When  I came into the program I was a rank amateur as a drug addict. My drugs were alcohol and prescription medications. Beginning in rehab, talking with the other patients, and later in meetings and talking with my brothers and sisters in Narcotics Anonymous, I learned about the world of drugs, the overwhelming majority of which  I had never used.
A drug is a drug, I knew. Using or substituting one for another triggers the craving all over again, sending the addict back into the nightmare. It's right there in the readings, the literature, what the old-timers share during meetings.

Yeah, but. . . .
But I never even tried pot, or Coors, or wine spritzers. Cocaine, heroin, crystal meth, crack . . . There had to be something I could use and not get addicted.
There were other newcomers in my home group, and my disease had me go to them for counsel rather than to those with time clean. After all, we learned as children not to ask permission from those we knew were going to say "No." Still, during one such parking lot discussion at night after a meeting, an old-timer was listening to the conversation. We all knew who it was when he laughed, his laugh being very distinctive.
"Sorry," he said. "Just remembering something. Back when I was new in the program the old-timers called what you're planning 'riding pogo sticks through a minefield'. A couple days ago at a meeting I heard it called 'playing leapfrog with a unicorn'." 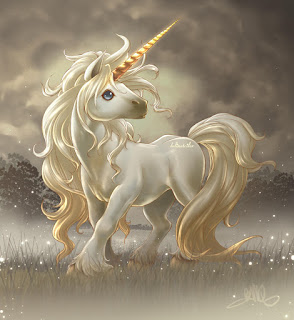 Waved Yesterday's Tomorrows around at a group again today. Read #32. Made them all promise to take the 30 day challenge. Wonder if they will.... Good stuff. You have helped so many... Thanks again. And always.