As I posted on my Facebook page: "Migraines certainly complicate the shit out of everything."
I was upset. Angry. Urging reality to see the mistake it had made and remove my migraine.
﻿ 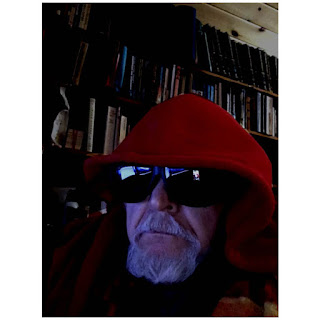 Yeah, I'm one of those migraine sufferers as a result of multiple concussions I received over a twenty-four hour period when I was in the U.S. Army. The first concussion was as a result of a shop accident where I was employed repairing and doing maintenance on HAWK missiles. The second and third concussions happened the next morning as the personnel at our missile site on Tokashiki Jima were called out to assist the islanders in fighting a forest fire. A jungle fire, actually, but there had been a severe drought, and it was as dry as a late summer forest, so we called it a forest fire.
I was choppered away to the Camp Kue Hospital on Okinawa where I began the eventually successful struggle to regain my vision and also began my association with neck and spinal injuries, as well as migraine headaches.

Life on Life's Terms
Chronic pain: I spent the next eighteen years trying to get out of what reality had dished up for me by numbing both the headaches and physical pain with alcohol and prescription drugs. Life on life's terms seemed like a bad deal and I was in a search for a better deal. There were two telling results. First, the numbing efforts with chemicals didn't work all that well, and, second, the additional pain inflicted on me, my work, and on those I loved far outweighed any relief I got from drugs.
Which left me after I got clean with coping. "Coping" always seemed to mean, "If someone takes a swing at you, make sure he gets a clean shot at your chin."  It is very much like being forced into combat with neither weapon nor ammunition.
There are a million bits of advice on what to do about migraines ranging from dietary changes to acupuncture. Some of them even work, to a degree. In my own case, through diet and exercise, I've managed to cut down the number of migraines from eight to ten per week to perhaps three or four per month. But they still come, they still cripple me, and in those moments of pain, the dragon blows its smoke in my ear: "It would be easier if we got some stuff. Pot is legal in Maine now, and you certainly qualify. There's all kinds of pills, and rum used to---"
No! No, no, no!
I've heard the lesson at thousands of meetings and in as many telephone calls to other recovering addicts: Migraines eventually go; Active addiction never quits.
Yeah. Step One, Step Four, I do remember the nightmare. Step Six, I do remember the horror of who I became. Step Eight, I do remember all those I hurt as a result of my using. And, no, I do not want to go back.
Active addicts often attempt to get a better deal than life on life's terms by using drugs, cheating, and stealing. A thing I've learned since I got clean: Not only is there no better deal than life on life's terms, there is no other deal. All life is life on life's terms.
Use drugs, the addict becomes addicted. Pick up again, the recovering addict activates his or her addiction. Commit crimes to support your addiction and get caught, it's time in county orange. Fall on your head a few times and get neural damage of a kind, you get a lifetime of migraines. If a frog jumps, it's going to bump its ass when it lands. Those are a few of life's terms. It is often called "reality." 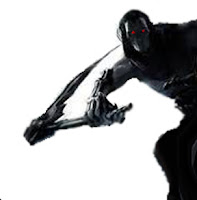 Life on life's terms is all anyone has whether in the program or out in the big experiment. Understand the terms and comply with them and you'll come out of it the best you can. Casting about looking for better deals where there are not even any other deals calls up that other name for reality: Death on Death's terms.

your call my man tell it like it is, aint pretty but it is life on life's terms