Getting In The Groove 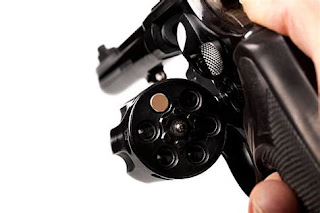 I was watching a documentary on Amazon Prime on the life and career of jazz pianist Bill Evans titled Bill Evans Time Remembered. I recommend both the documentary and the music of Bill Evans to those who appreciate magnificent jazz. Through the course of the recording describing how his music evolved entwined with the events of his life, as did many musicians and composers of the era (and now), Bill Evans got into drugs.


Vocalist Jon Hendricks, in Time Remembered, said, “(Bill) wanted to be able to deal with the work, but not the pain. Heroin is particularly well-suited to that.”


Jon Hendricks’s characterization of the lure of mood altering drugs to creative individuals is spot on. Tired? Have doubts? Can’t seem to get a break? Comparing yourself to the success of others? The piece you’re working on means reaching in deep, way beyond your soul, into dark and foreign worlds, guilt-drenched, horrific, and painful? Walking around in a constant state of loss, deprivation, loneliness, and depression?


Then a drug comes along, pill, powder, or potion, and it seems to make everything look, seem, and feel better. And, no, it is not simply an attraction suffered by creative men and women. Take a self-conscious school kid walking those halls, frightened by bullies, intimidated by school work, perhaps a teacher or two whose life plans hadn’t worked out the way they had envisioned and takes out the frustration and bitterness on his or her students. Kids, as do all humans, register this as pain. So lots of kids get into drugs; Lots of teachers do, too, as well as doctors, nurses, those in business, professional athletes, plumbers, electricians, carpenters, millwrights, the homeless, convicts, politicians, and those in the military.


The title of this article is “Getting In The Groove.” There is a measure of fear, fatigue, frustration, and guilt associated with every occupation, non-occupation, activity, and endeavor on this planet. Most often these things present themselves as necessary pain—a vital part of the groove. Writers like to talk about, “First, open a vein.” Athletes tell you, “No pain no gain.” If you work or play in an area you enjoy, the meaning and benefits often outweigh this pain. Often it does not.


Things aren’t going super, the job doesn’t fit well, things a little rocky at home, and those guys doing weed or a few lines on breaks or after practice every day have a message for you:


Hey, this stuff is legal.


Try it; It’s not really addictive.


Oh, there are ways of getting around piss tests.


It’ll loosen you up and ease those aches and pains.


Your life didn’t turn out the way you wanted; smoke this and you won’t give a shit.

In my own experiences being a novelist and short-story writer, then drug addict, to kill the pain, drugs kill feelings: the fun feelings as well as the bad. Eventually even that stops working and all one is left with is a horrible life with horrible feelings and chasing down and using more and more drugs in hopes of preventing the feelings from getting even worse. The wreckage you leave along the way simply adds to the level of addiction’s special kind of pain.


Stories are about people. People are about feelings. To write about people in your stories, you need to employ each character’s feelings as well as your own. Your feelings modified by your imagination is what brings your characters alive—is what makes them believable story characters. If you have numbed your feelings until you cannot feel anything but indifference, depression, bitterness, and rage, all you can invest your characters with are borrowed feelings, that is, descriptions of feelings borrowed from other writings, movies, remembered emotional experiences of the past, likely none of them fitting exactly the character you are writing on in that particular story moment. Afterward there is the dilemma of whether to teach your feelings of being a fraud how to swim, snort, or shoot.


For those who already use drugs to “relax” or “expand one’s thinking” while working or during breaks, to “deal with the work and not the pain,” there is a lot of help out there once you have worked your way through your denial sufficiently to recognize that you have a problem: Narcotics Anonymous, Alcoholics Anonymous, drug rehabilitation, counseling, detox units, and so on. Addiction is a prison with hundreds of escape routes. But as has been said, “The first step in escaping from a prison is to accept that one is in a prison.”


Did I write some stuff that was great when I was using? Yeah, I think so. Could that stuff have been better without impaired feelings? That little ghost of a question follows me around wherever I go. I know since I got clean I have written stuff I think towers way above my previous work. That’s just me, I know. But I am for whom I am writing.


For those of you who are experimenting or thinking of experimenting, the experiments have already been done. Science has proven that using addicts make terrible decisions about their work, themselves, their relationships, and their feelings.


Oh, you may not be an addict? Here is something to think about. If there was a new food product on the market with a one-in-six chance of ravaging you with a crippling horrific fatal disease that would also affect and possibly destroy each and everyone you love, would you try it?


It’s a yes or no question. If you answer “yes,” there is a game you might wish to try called Russian Roulette.  It is faster than addiction, but causes much less collateral damage, and is infinitely less painful.
PS: Yeah, Dufus. Alcohol is a drug.
at December 30, 2018 No comments: