HOW DOES YOUR GARDEN GROW?

One way to look at it:


►When Velveeta got clean, she found herself in serious financial trouble. Her business had gone bust and she was in dire financial straits. She was so desperate that she decided to go straight to her higher power for help. She prayed, “God, please help me. I've lost my business and if I don't get some money, I'm going to lose my home and car as well. Please let me win the lottery.”
The night of the drawing came, Vel held her breath waiting for the announcement, and, sad to tell, someone else was the winner. The next morning the bank foreclosed on her home.

Disappointed and thinking that she hadn’t prayed hard enough, she prayed again, this time getting down on her knees in the snow. “God, please let me win the lottery! I've lost my business, my home, and I'm going to lose my car as well.” 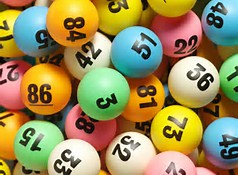 The night of the next drawing came, Vel held her breath and crossed her fingers waiting for the announcement, and, sad to tell, someone else was the winner. The next morning the repo man came and took her car.
Heartbroken, Velveeta prayed again, this time lying prostrate on the ice. “My God, my god, why hast thou forsaken me? I have lost my business, my house, and my car. My children will starve next. My sponsor told me to pray to you for the things I need, and I really need to win the lottery so I can get my life back in order. Please, please, please, please, please let me win the lottery!”
The clouds parted and a blinding white light appeared as the voice of God boomed down at the woman from the sky: “Velveeta, now work with me on this concept, okay? First, you buy a ticket!”
Another way to look at it:

►St. Francis of Assisi was showing someone his garden, and the man was very impressed. “Your garden is beautiful and so productive,” said the man. “You must have prayed very hard to get it like this.”

“Yes,” said Francis, “and every time I prayed I picked up a hoe.”

►What do the two items above have to do with staying in recovery and growing in the program? Meditate on that question then apply the answer. 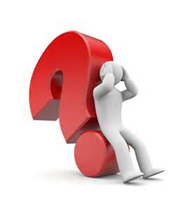 This was sent to me by my friend Jeremy.

"My name is Jay and today I did the most unnatural thing an addict can do: I didn't use."
The above quotation was obtained first hand by me from Jay the first time back when rocks were still soft—a long time ago. Over the years at various events Jay and I attended, at workshops and meetings where the first-name "Who's here?" goes around, Jay always introduced himself that way.


This is not an obituary, so calm down. Jay only moved away from Maine and went West. I consider Jay a valuable friend both for who he is and for his recovery. He has been through the mill several times and survived without using drugs, but by using the program of Narcotics  Anonymous. So, I miss him.


But then, not long after he moved away, I noticed a strange thing. At NA meetings I attend, several times now I have heard addicts introduce themselves with "My name is (so-and-so) and today I did the most unnatural thing an addict can do: I didn't use."


The first time I heard it, I asked the very young man if he knew Jay. He didn't. Then I asked him why he introduced himself that way. He had only weeks in recovery and was brand new to Maine NA. "That's how my new sponsor introduces himself," explained the newcomer. "It sounds good and it's something important I need to remember." Jay's recovery has effects that reach down to persons he has never met.


It reminded me of the closing ceremony at one of the Miracle conventions I attended years ago. Neil, a very good friend of Jay's and a man who I loved and respected, was at the outside meeting. There were perhaps ninety addicts in the circle either sitting on the grass or in a variety of chairs from those molded plastic things to camp chairs and folding chaise-lounges. It was a beautiful sunny day with a light breeze, and birds singing in the trees. Neil had shared at an earlier meeting that day that he had been diagnosed with inoperable liver cancer, and I had been thinking about that. Then it was my turn to speak.


On my way to the podium, I noticed Neil was only a few places away to the right of me. There was something I had seen many years earlier at a high school graduation that really impressed me, and it seemed like an ideal time to try it out on an NA meeting.


I asked Neil to stand. His face reddened as he stood and said, "Oh, shit," wondering what kind of gag I was going to pull. I don't know why, but I seem to have a reputation as a prankster.

As I stood there looking out at that large ring of recovering addicts, wondering if what I was about to do would have the effect I wanted, I asked everyone who respected and had learned from Neil's shared recovery in NA to stand. It looked to me that around thirty persons in the circle stood. Then I asked everyone who respected and learned from the shared recovery of any of those who were standing to stand, as well. All of those still seated in the circle got to their feet. Everyone in the circle was standing. "That is how it works," I said and returned to my place.

Neil and his shared recovery had affected everyone at the convention, and right there was the visible proof for all to see, especially including Neil. As the meeting broke up and Neil was about to leave, I hugged him, he got into his vehicle, and drove off on his way to New York. That was the last time I saw him. We learned a few months later that he died.


We don't often realize the good we do in recovery, the extent of it, the valuable lives we help save. In my own case I find that those who leave the program, relapse, and die tend to occupy my attention while the successes occupy a minor "They're safe" bin in the back of my brain.


It is a good thing to recognize those successes we see around us at every meeting, and when one of those miracles lets us know how much we mean to them because of our words, or our actions, or recovery, don't brush it off with a quick "Great," or :"You too." Do that unnatural thing addicts often fail to do properly. Be aware that you have been instrumental in saving a valuable life, and let the person who shared how much you have meant to them know their message has been taken in by saying, "Thank you."


What the hell. Throw in a hug, too. It is a big deal. After all, that person being in recovery is part of an ongoing miracle that you helped keep working.
at March 10, 2017 2 comments: