This weekend I am attending the Brothers In Spirit men's retreat in Alfred, Maine. Flyers and details are available at the NA Maine website under "Events." The theme is Guilt & Shame and what to do with them. Both are prime setups to go back to using ("If you'd done what I did, you'd use, too.")

Even if you do not attend the retreat, the program is published below mainly because it's fairly self-explanatory and make excellent topics for meetings, sponsorship discussions, or just plain writing.
Friday's Program:
about brothers IN SPIRIT
Welcome, a little about Brothers in Spirit, about our theme, and a time to meet and share.
Saturday's Program:
Guilt, shame, & the payoff
What is guilt? What is shame? How does the disease of addiction use these to encourage relapse.

FOCUS ON FORGIVENESS
Forgiving the guilt and shame we put on others, and forgiving ourselves: Resolving resentments.

Sunday's Program:
HAPPY, JOYOUS, AND FREE
Without resentment, shame, and guilt what's left is a future as a human dealing with problems instead of medicating them, keeping the way clear for happiness, serenity, and fulfillment. Step Ten, hope, and keeping growth in recovery

Regarding the question, "What Price Sanity?" the answer is, "Whatever it takes." 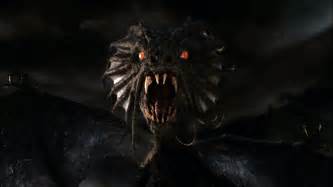 It was in my nightmares in rehab when I first called my disease "The Dragon." The label had to do with the disease in general, but, particularly the cravings and desire to chuck it all and simply give in. Such feelings never happened on days when I was feeling great, the weather was invigorating, I was healthy, and the work was going well. Days like that seemed few in my early recovery. As we have said here before: A grateful recovering addict never uses, but gratitude was in short supply during those first few months.

Time passed, though, I didn't use, things got better, and who knew? I became one of those grateful recovering addicts. After thirty-five years of this recovery, one might think I might be confidently placed in everyone's "safe" column. Naaa, not so much. The only "safe" for a recovering addict is either at a meeting or in the grave.

Then there was some email to answer and to clean up. The filing and deleting was moving right along, I answered a few letters and was confident of getting in a great day of writing. I chortled in my joy.

Then I was notified that my summer home away from home, a convention that I had attended for decades, that, for as many decades my wife and I had regarded as our Summer break from endless rounds of hospitals and keyboards, no longer cared to have me as a guest. "Okay!" said my disease, "Enough of this grateful recovering addict shit. Welcome back to Hell." Depression was all over me, I couldn't shake it off, and then I began collecting and stacking turds, real and imaginary, in full awareness that, should I stack those turds high enough, I will use.

Among the real pieces of crap to sorrow over was another terrorist attack, a couple of brutal murders on the news, a good man killed, a very gray day, and the snow still hadn't melted where I live. Among the imaginary pieces of crap were, "What had I done?" Was it because I offended someone? The committee found out who I voted for in the last national election? I'm really a fraud as an author? as a panelist? as a lecturer?

And guess who was waiting for me: Black Gloomy The Dragon. They told me on my first day in rehab, I don't use because I have problems. I have problems in order to give myself excuses to use. And when real problems come along, well, that is prime dragon chow. So I meditated. Then I prayed. The storm passed and I thought I would share with you the lesson: No one in recovery is ever completely safe from addiction. Is there something outside yourself that if it went the wrong way your disease would find that thread and begin to unravel your recovery? Be aware. Be aware. 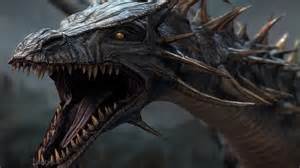