SO, WHAT IS A DRUG ANYWAY?

Some sharing stories in meetings are so familiar they seem to be part of addict racial memory.
"I've been clean for six years, but then alcohol . . ."
"But it's medical marijuana . . ."
"I couldn't see how one drink would hurt . . ."
"Prescription drugs are medicine, aren't they?"

And so on, the addict and his or her disease looking for the loopholes in recovery, each loophole leading back to the nightmare.

With addiction, we are talking about mood altering substances and behaviors. The addiction is not to a particular chemical or card game. The addiction is to the alteration of mood. In illustration:
For many years, the treatment for pain in surgical procedures was opium. The result, of course, was a disturbing number of opium addicts. Around the time of the American Civil War, researchers came up with a non-addictive pain-killer they called morphine. The result was so many morphine addicts that addiction became known as "Old Soldier's Disease." In later attempts to come up with a non-addictive substitute for morphine, the result was a new non-addictive pain-killer called heroin. All three drugs altered moods, hence all three drugs were addictive. 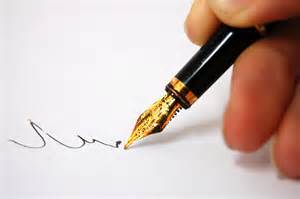 The above information is for those wanting to get and stay clean; Who want to recover from addiction. If you disagree with the above, that's okay. Simply print out the information and tuck the page away someplace safe for when you run out of answers.

Thanks for sharing this post!! Got great information from here about drugs. I am taking treatment from virginia opiate addiction treatment center and they are providing amazing treatment. There amazing services really helping me to get over it. Really happy with their treatment.