There is a saying in the writing business that I found useful in staying clean and growing in recovery. It is called "Nolan's Observation," and, no, I do not know who Nolan was or is. It goes like this:
"The difference between smart people and dumb people isn't that smart people don't make mistakes. They just don't keep making the same mistake over and over again." 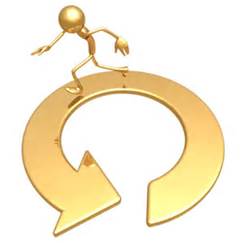 There is another saying attributed to writers Mark Twain and Tom Clancy: "The difference between reality and fiction? Fiction has to make sense."