I started this blog in 2004, made an entry almost every day, then wound up in the Maine Medical Center with triple bypass surgery followed by two surgeries to fix a boo boo made during the triple bypass event, followed by years trying to rebuild my brain after spending more hours on a heart-lung machine than is good for it. My wife tried to keep up with the blog, but the guy who had been stumbling around her house for all those years was in trouble and that took priority (lucky me).

Recently, after a stretch of health and the death of a close friend, I've gotten back to the blog, and since I was again sick (with a cold) I decided to see what was new with the Blogspot site designer, themes, options, and so on. I like the hummingbirds. If you don't, let me know. Anyway, among the tools there is a spam detector in which I was cautioned to look through every so often. There was no spam in there; The spam I found was old and mixed in with all of the comments that have been made since 2004.

While I was going through and deleting the real estate and penis enlargement pitches, I also read the comments, realizing as I did so that I had never seen most of them because of my various illnesses and abscences from LIFE SUCKS BETTER CLEAN. I'm very glad I read them.

First, many apologies to you all for my abscences, and for failing to read the comments I've missed. Next, Thank you very much all those who sent in comments, even the fellow who wondered why recovery programs have to be silted up with banal platitudes and boring truisms. In fact, when I was in early recovery and would hear "Keep an attitude of gratitude" at a meeting, I'd usually mutter, "Keep an attitude of platitude." *Grump* I hope you're still clean, man. If it wasn't for soreheads like you and me, Yesterday's Tomorrow never would've gotten written.

The poster child for Alateen? Although you're probably not in Alateen any more (some years have passed), I hope that you're still clean, too. In fact, all of you are in my prayers (the spammers less so). I am not a guru passing out program wisdom. This blog is a clearing house for funny, gritty, gut-wrenchingly direct unauthorized program wisdom supplied by those in recovery and those trying to get there. This blog is a two-way medium of communication, and what gets sent to me helps me as much or more than the messages I send out helps others. 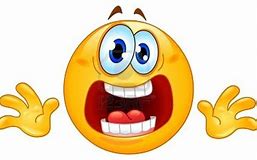