NEVER GIVE UP! NEVER SURRENDER!

I heard it again at a meeting. "You'll never win your fight with addiction until you surrender." A dozen different ways, this sentiment is stock advice at Twelve Step programs meaning: Doing it yourself your own way hasn't worked, isn't working, and won't work in the future. Turning the treatment of your disease over to the program is the "surrender" referred to in slogans and advice.


When addicts seeking recovery first hear this, it doesn't sound right. If I'm in a fight with a disease, the answer is to surrender? Surrender to what?It doesn't sound right because, in my opinion, it isn't right. I remember quite clearly my first surrender to the disease of addiction. I was looking in my bathroom mirror getting ready to, once again, take those damned pills. I looked deeply into the reflection of my own eyes, realizing that I was addicted to those pills just as I was addicted to alcohol."I guess this is just one more thing I'll have to put up with," I said. White flag up, I surrendered unconditionally, no more looking for answers, no more fight left in me. That, brothers and sisters, is surrender.


So how, then, did I get and stay clean? Okay, what my little army had to throw into my battle against addiction was woefully inadequate. What I needed were allies; strong, reliable allies with excellent fighting credentials and winning records. A rehabilitation center was my introduction to the allies I needed in my war against addiction. First I needed soldiers and a plan (12 Steps, meetings, other recovering addicts, and not picking up). Second, I needed a pathfinder to show me where the sound footing was and to steer me away from the quicksand, blind canyons, and thin ice. I would learn to call this ally a "sponsor." Third, I needed heavy artillery and a medical unit: Some sort of power that can shield me when I'm under attack, heal me when I'm wounded, and that can locate the me that wants to be a human being instead of a slave. I would learn to call that ally my Higher Power.


Don't surrender; Make alliances that can keep you clean and contain your enemy.
at September 22, 2014 2 comments:

MAY YOU BE SAFE FROM DRAGONS

The Dragon Slayers group of Narcotics Anonymous in Farmington, Maine is the oldest continuous NA meeting in the state. Its first meeting was held in a college girl's apartment September 7th, 1982. For the past twenty years or so it has met Tuesday nights at the Henderson Memorial Baptist Church. The group got its name due to several members referring to the disease of addiction and/or the desire to use drugs as "The Dragon."


One time after a meeting, an old-timer saying his goodbyes said to a newcomer, "May you be safe from dragons."


The old-timer smiled and said, "There you go; The wish worked."


Our dragons, addiction & cravings, exist. The cravings usually fade away with time clean---off all mood altering substances. Addiction never goes away. Feed the dragon only a little of what it demands, and the next thing you know, not only has the dragon eaten your lunch, it's eaten you, and everything and everyone you hold dear.


When certain thoughts cross your mind, like, "If I skip one or two meetings, I won't use," or, "The real problem was alcohol, if I just smoke dope and stay away from the booze," or "It really wasn't all that bad," remember to sniff the air for dragon smoke because Green and Mean is right behind you.
at September 17, 2014 No comments:

ALL THAT GLITTERS IS NOT GOLD

So, there I was, watching the Winter Olympics from Sochi, in my second month of debilitating illness, already knowing that feeling sorry for myself was pointless, that feeling hovering just outside my awareness nevertheless.

And we all know what by any means means to an addict. I stumble into a meeting or three, stay as long as I can, talk to program people on the phone, and work on waiting out the illness. As we know, patience is not waiting; patience is doing something else.

My "something elses"  involve listening to Audiobooks, rereading some of my own stuff, watching TV, petting my dogs, and when the Olympics are on, I watch.

Inspiration, that emotional boost that lifts you from despair and self pity back into hope and gratitude, was the medicine I needed, and in a series of events such as the Olympics there are usually several such moments. There are also lessons to be learned.

Yesterday, for example, I watched the USA women's hockey team crying almost to an individual because they earned silver medals instead of gold. I can only think offhand of several thousand Olympic athletes who would have killed to have traded places with them.

Yet, there I was, a moderately successful author, awards, over twenty books in print, living in a home I love, good friends, good program, no worries about money or employment, pissing and moaning because for a space of time I couldn't write or go skiing.  The parallel was rather glaring.

Many years ago, a writer friend of mine listened to my bitching for awhile, then he said to me, "Barry, there are hundreds of thousands of writers in this world who would kill to have your problems."

I've said it before: A time is coming for all of us when we will be able to look back upon this moment right now as the good old days.

Another inspiring moment: Men's single figure skater Jeremy Abbot. The videos must be all over YouTube by now. Check them out.

Every Olympian goes through the same thing, especially figure skaters. Day after day, practice, working out, more practice, more working out, day after day. The goal, for most, is a gold medal. The goal for everyone is to do their absolute best. So there he was, his program before the judges just begun, he was going into his very first jump, and suddenly everything went wrong. Before he fell down he had to have known that everything he had worked for, all his Olympic goals, had just evaporated.

Then he hit the ice.
Hard.
He landed on his hip and side with enough force to put most persons into the hospital. Everyone who watched was expecting his team's medics to run out onto the ice and haul him away. The inspiring part came next: Slowly, he struggled up, back onto his skates, his face drawn with pain. He took a breath, then he completed the remainder of his program without error.

Offhand I can't remember the names of those who medaled in that event. Every time I fall, though, or come up short in things I counted on, I'll have that performance of Jeremy Abbot's in mind. The medal he won in that event wasn't gold, silver, or bronze; It glittered quite brightly, though.
at February 21, 2014 No comments: 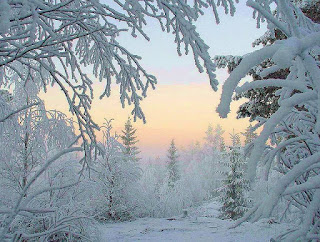